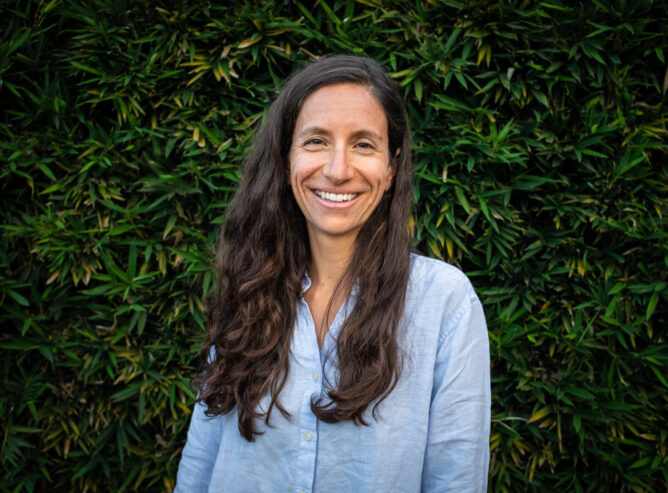 Isabel Cavelier Adarve is a Colombian changemaker who envisions an equitable transition towards a clean, just, and regenerative economy and society across Latin America.

Isabel understood and harnessed the power of diplomacy in pushing for change in her time as a diplomat representing her country. Now she wants to use that experience to take care of leaders, expanding and deepening their reach to bring climate policies to the top of the political agenda across Latin America.

Isabel is a co-founder and former executive director of Transforma, a Bogota-based climate and ecological transition think tank. A hidden gem largely operating from the diplomatic behind the scenes in Colombian climate efforts, Isabel boasts quite an exemplary track record of pushing for ambitious policies and building consensus at the multilateral level.

As part of the Colombian delegation for the UNFCCC, one of Isabel’s impact stories was her participation in the creation of the Independent Alliance of Latin America and the Caribbean (AILAC), started by women who wanted to work together within those negotiations. She was also among the many committed delegates who dedicated their efforts to emerging the transformative language in the Paris Agreement on the financial support needed to address climate change. Later in her diplomatic career she represented the entire developing world, along with other bright women, in creating the “New Urban Agenda” well in tune with the Sustainable Development Goals and the Paris Agreement objectives.

“The climate crisis reveals deep injustices and inequality, and an economy and society based in separation and extractivism—present in the way the phenomenon is created and in its impacts. Determining possible solutions asks for an entirely new way of understanding ourselves as humans, interdependent with all of the Earth’s systems,” says Isabel, who has continued to work at the heart of international climate politics all along.

With the US$3 million Climate Breakthrough Award, she hopes to utilize her artistry to tackle two huge, intertwined ideas: To take care of new, emerging and existing climate leaders in the region—especially local women—who are well-trained, informed and personally restored and equipped to escalate change. And to develop broad yet unique strategies to get civil society more involved in governments’ climate commitments, contributing to the collaborative design of public policies supporting the transition towards a regenerative way of inhabiting our planet.

Colombia, Latin America’s largest coal producer and also a major oil exporter, is the desirable starting point for this endeavor as Isabel develops tactics for potential wider application across Latin America. Her ambitious effort to support diversification away from fossil fuel-based and high-emission economies could get a significant boost thanks to recent political developments in the country, where two vocal environmental advocates were elected to lead the nation.

Isabel is not naive about the geopolitical complexities across the region, but is hopeful there remain plenty of opportunities to emerge new narratives and to bring in more authentic and differentiated responses to the climate crisis.

“The climate crisis opens questions about our ways of being human, of inhabiting the world, and our understanding as a species and how we relate to each other. Addressing this challenge in ways that create a regenerative culture and system is a necessity of our times,” she says.

This is the second time the Climate Breakthrough Award has been granted to recipients in Latin America—Sebastián Kind from Argentina received it in 2019.

Isabel Cavelier Adarve has long worked in sustainable development and climate change, having had advisory roles on environmental issues at the Colombian Mission to the United Nations in New York and at the Colombian Ministry of Foreign Affairs in Bogotá. She is also a co-founder of Transforma, a prominent Bogota-based environmental think tank. She is a writer, story-teller and potter, who trained as a lawyer and in socio-cultural studies at the University of Los Andes. She has a Master of Laws from the University of Cambridge. She has worked and published in diverse fields such as human rights, racial and gender discrimination, and climate change.