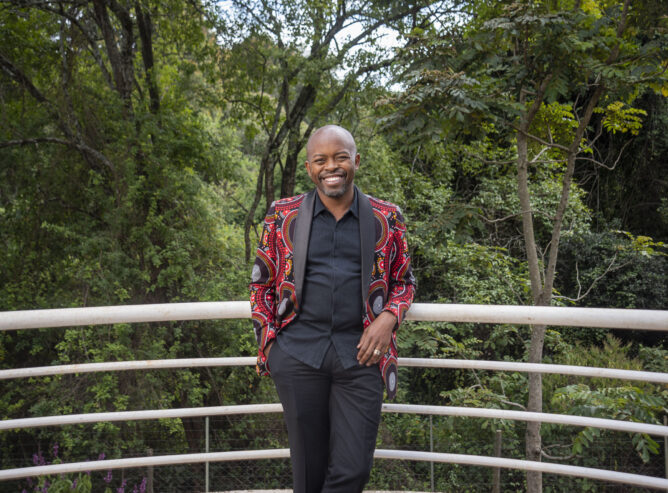 James Irungu Mwangi wants to flip the script: Africa is no longer a climate change victim—it’s the hero with an undeniable potential to lead the way in carbon removal and climate restoration.

“My career has been about looking for ways to transform my home continent, and its role in the world,” says James.

Indeed, James has dedicated his career to advancing dignified livelihoods and inclusive economies, especially for Sub-Saharan Africans. He has helped effected change through his uncanny ability to shape powerful narratives and to mobilize his long-lasting relationships with experts and decision makers in Africa and around the world. As a co-founder and more recently the executive director of Dalberg, a global Group of impact-driven businesses working towards a more inclusive and sustainable world, he knows how to create enabling conditions for innovation.

Realizing that the climate emergency offers a chance for Africa to claim a new leadership role in shaping a sustainable future, James has spent the last few years delving deeper into the issue and reimagining Africa’s role in the fight to avert climate disaster. Last year, he materialized his vision by launching the Climate Action Platform-Africa (CAP-A) during his tenure as a Yale World Fellow. His US$3 million Climate Breakthrough Award represents the most significant support for this vision to date, but more importantly, an investment in James’ incredible leadership and potential to make an even greater impact.

CAP-A aims to leverage three assets of Africa to help turn the region into a global hub for climate action. Those assets are: 1) an abundance of high-yield renewable energy potential, 2) large endowments of land and natural resources, and 3) a youthful and growing workforce. To bolster the mission of CAP-A, James has also launched Africa Climate Ventures as a vehicle to spur private investment into climate-beneficial businesses at the necessary scale.

“If successful, this is not only an opportunity to significantly alter the climate trajectory but also provide the world’s youngest workforce with the dignified livelihoods and inspiring mission that they urgently need,” he says.

James adds that the world is missing one big piece of the conversation about resolving the climate crisis: Africa’s potential role as an active player in shaping the solution.

“The current climate dialogue falsely divides into a negotiation about emissions reductions among the world’s largest economies, and a debate about how to compensate or protect poor countries from the worst effects of climate change. This blinds the world to the critical potential that those excluded countries, the majority of which are in Africa, could play in actually tackling the challenge.”

James is the second Climate Breakthrough Awardee from Africa, following his Kenyan compatriot Mohamed Adow in 2020.

James Irungu Mwangi is the founder of the Climate Action Platform for Africa, which he launched alongside Carlijn Nouwen in 2021, to help unlock Africa’s potential to transform its economies while playing a leading role in effective climate action.

Prior to that, he spent 20 years at the Dalberg Group which he helped found; leading the firm’s expansion into Africa in 2007, serving as Global Managing Partner of Dalberg Advisors, and most recently as Executive Director of the Dalberg Group. During his tenure, James led the growth, incubation or acquisition of many of the entities that today constitute Dalberg’s operational footprint in over 25 countries on six continents.

James also serves as an independent director on several boards including the Skoll Foundation, the Global Centre for Pluralism, One Acre Fund, Old Mutual Limited and Koko Networks.

He is a 2009 Archbishop Tutu Leadership Fellow of the African Leadership Institute, a 2013 Young Global Leader of the World Economic Forum and a 2021 Yale World Fellow. He holds an honors degree in economics from Harvard University.