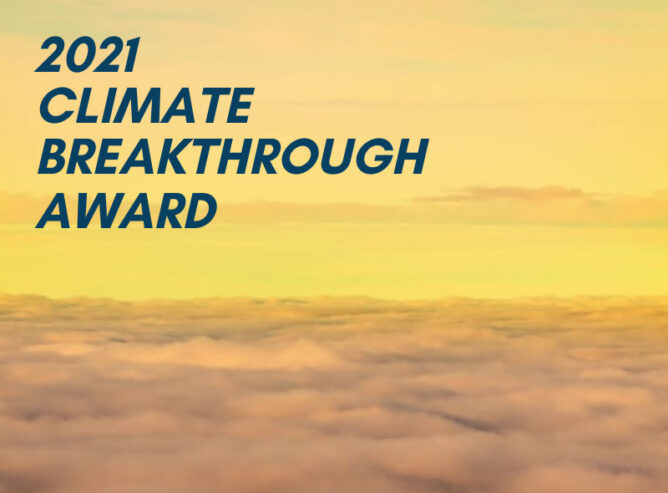 Climate Breakthrough is thrilled to announce the recipients of the 2021 Climate Breakthrough Award, the largest environmental award. Every year, the award is given to changemakers and leaders with bold ideas that could quickly and dramatically reduce greenhouse gas emissions and fight climate change.

The 2021 Climate Breakthrough Awardees are: Denise Fairchild of the United States, Sara Jane Ahmed of the Philippines and Bangladesh, and Kathrin Gutmann of Germany.

Each awardee will receive three million US dollars to design and scale their breakthrough climate strategy, the largest environmental award of its kind. The awardees, who for the first time are all women, were selected due to their tenacity, ambition, and incredible track records.

At the end of a tumultuous year, where progress in addressing climate change has been all too slow, we are excited to jump-start their game-changing efforts.

Denise Fairchild of the United States 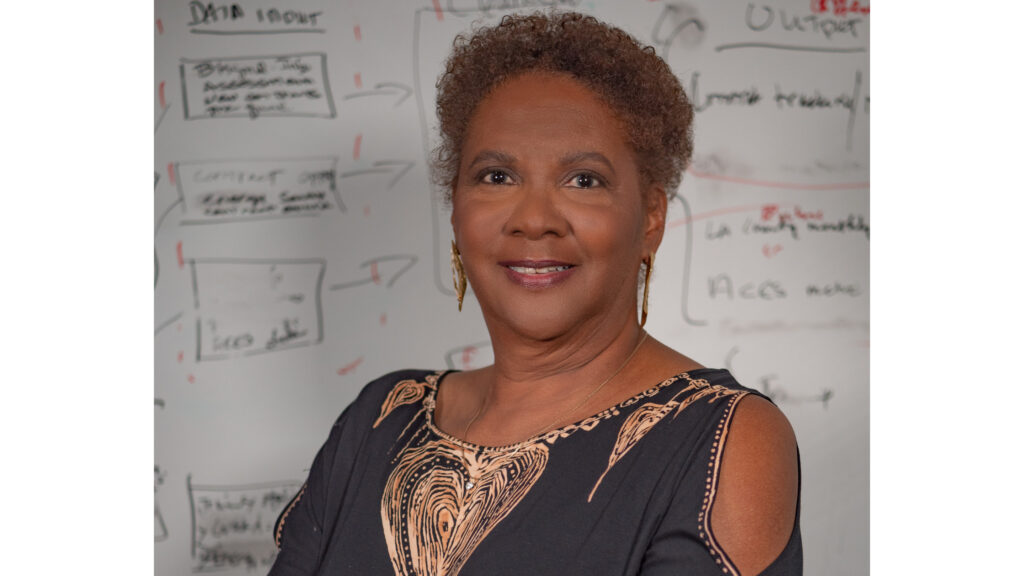 Denise Fairchild is a veteran leader in environmental justice who will use her award to dive into efforts to dismantle the root causes of climate change. She has spent her career leading campaigns and building alliances in environmental justice and community development work, most recently as President and CEO of Emerald Cities Collaborative, a network of key US nonprofits coalescing to advance sustainable development projects nationwide.

While Denise’s breakthrough strategy is still taking shape, its core is energy democracy—a movement seeking to understand and unravel the multidimensional root causes of climate change. Having co-edited an acclaimed book on the issue, she wants to disrupt the foundation of the United States’ fossil-fuel dependent economy by prompting large and enduring cultural shifts in energy consumption norms. This vision represents something novel in American climate efforts. One of her potential approaches is targeting scope 3 emissions, which typically represent the majority of a company’s gas releases but are ignored by many carbon reduction policies. Denise plans to use her relationships within the energy democracy and frontline communities, as well as government, environmental, and business communities to be a driving force in making cultural shifts as a cornerstone to carbon reduction. As she has done throughout her career, Denise will involve in her strategies the leadership and expertise of people of color and youth.

Sara Jane Ahmed of the Philippines and Bangladesh 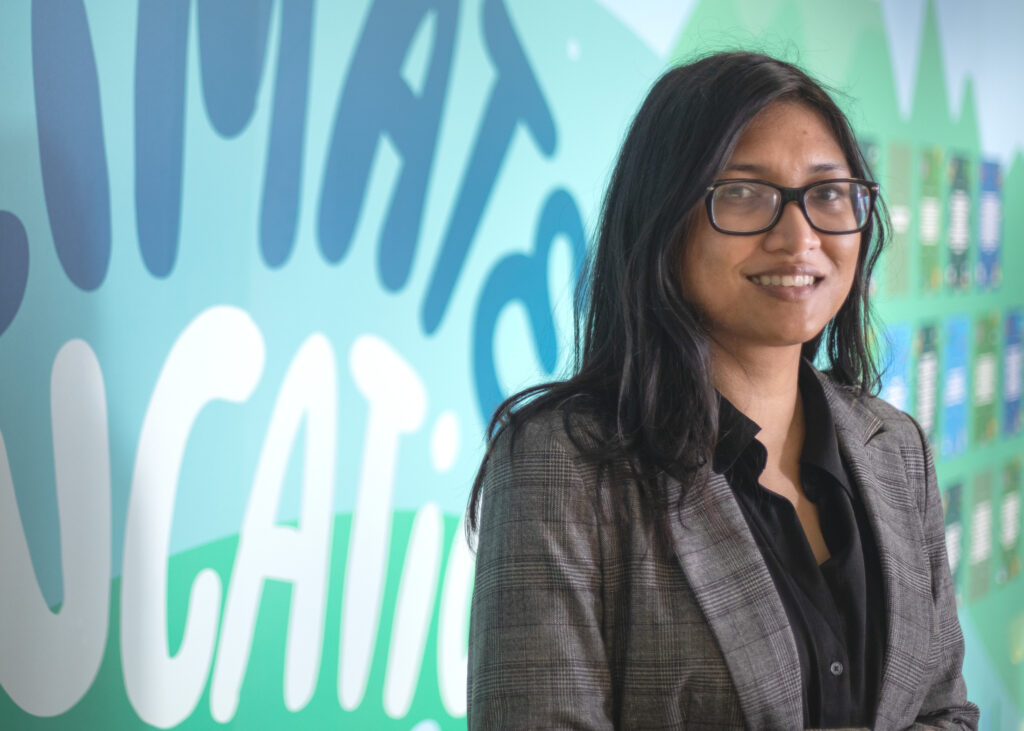 Sara Jane Ahmed is a renowned strategist in finance who seeks to develop resilience and investment opportunities in climate vulnerable nations. She is founder of the Financial Futures Center and currently also serves as Finance Advisor to the Ministers of Finance from 55 of the world’s most climate vulnerable countries or the Vulnerable Twenty (V20) Group. She has been credited with a number of wins including a recent government-sanctioned moratorium on new coal-fired power in her home country of the Philippines.

Her breakthrough strategy is to catalyze economic transformation through investments in financial and energy planning in the world’s most climate-vulnerable countries. She calls this package of policies and financial mechanisms a Climate Prosperity Plan, or CPP. CPPs include plans designed to unlock new investment opportunities in climate-vulnerable countries, in addition to an analysis of how the plans are financed, implemented, and projected to boost growth. The first Climate Prosperity Plan is being rolled out in Bangladesh, where the government has integrated it in their national strategies. Sara’s goal is, by the end of 2030, to create and implement CPPs for the top 50 most climate vulnerable developing countries —representing an estimated 1,600 million tons of emissions, 1.4 billion people, and US$2.5 trillion in GDP. 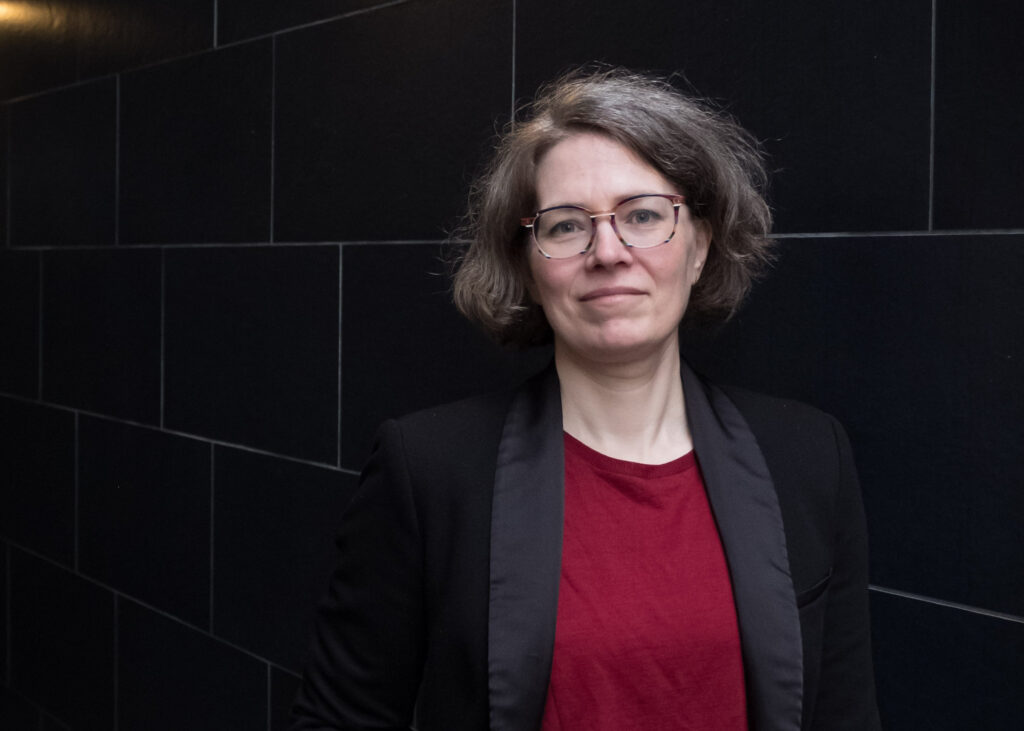 Kathrin Gutmann is a seasoned campaigner who plans to take Europe towards a future powered by 100 percent renewable energy. She is currently the Campaign Director of the Europe Beyond Coal Campaign—a network of NGOs working to move the continent beyond that fossil fuel by 2030. Under her leadership, the Europe Beyond Coal Campaign has spurred the retirement or planned retirement of 166 coal plants and coal exit plans in 21 countries across Europe.

Now, Kathrin aims to apply that invaluable experience in building civil society coalitions to a new challenge: ensuring Europe is fully powered by renewable energy by 2035, leaving behind the age of coal and fossil gas. As European countries phase out coal and the fossil fuel industry racks up more losses, Kathrin believes Europe will need an unprecedented scaling up of renewable energy resources and a complete overhaul of its power systems. With her Climate Breakthrough Award, Kathrin plans to develop a strategy on how civil society can influence municipalities, policy makers, financial and corporate actors, and citizens to give up on burning fossil fuels and embrace a renewables-based power system, chiefly operated by wind and solar in combination with storage and smart grids.

The new awardees join 11 others whose transformational work, supported by the Climate Breakthrough Project, has achieved critical recognition from their peers and the press and has brought about innovation in climate change mitigation.

Previous awardees include John Hepburn, whose Insure Our Future campaign has led to a rapid global movement to stop insurance companies from underwriting and financing coal projects, Tzeporah Berman who launched the acclaimed Fossil Fuel Non-Proliferation Treaty initiative and Tessa Khan, of Uplift and previously the Climate Litigation Network.

To stay connected with Climate Breakthrough Awardees and their work, subscribe to our newsletter.