Climate Breakthrough today is thrilled to announce the recipients of the 2022 Climate Breakthrough Award, the largest climate action grant for individuals. The annual award goes to extraordinary changemakers to pursue their most ambitious and innovative climate change mitigation ideas that have the potential to transform entire industries or countries and materially change the lives of millions of people. In addition to a US$3 million, multi-year, flexible grant, each of the three recipients will also get capacity-building resources to create their new (or scale up early-stage) climate endeavor.

A Colombian former climate diplomat, a Kenyan impact-driven strategist, and a trio of groundbreaking campaigners in India are the recipients of the 2022 Climate Breakthrough Award. 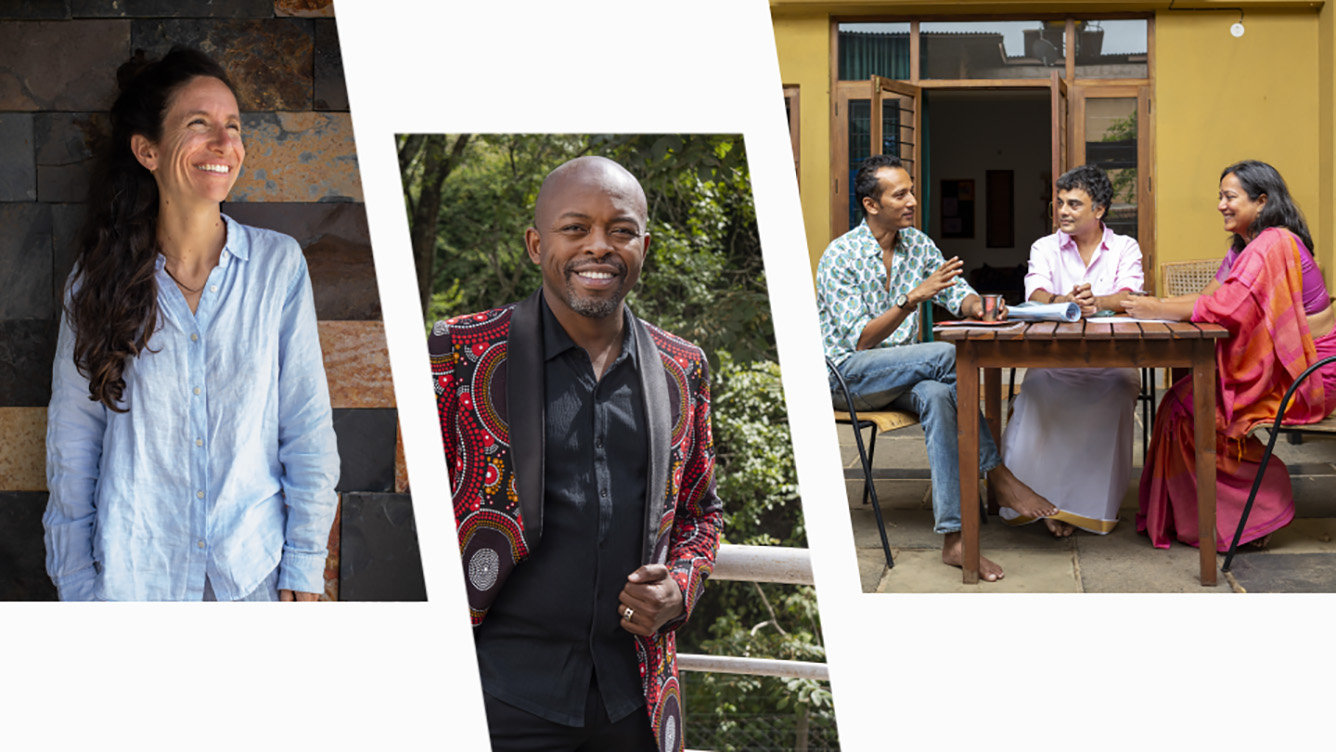 “We look for extraordinary leaders with big ideas for climate action that have not been tried before–ideas with the potential to transform entire industries or countries and materially change the lives of millions of people. This year’s award recipients are exactly such leaders, and they share a commitment not only to addressing the climate crisis at scale, but to doing so in ways that will improve the lives of and opportunities for the people in the communities most affected by this crisis,” said Savanna Ferguson, Executive Director of Climate Breakthrough.

“Congratulations to Climate Breakthrough for the sustained commitment to climate action and to the 2022 recipients of the Climate Breakthrough Award. I’m excited to see what these inspiring climate optimists will do and I hope they continue to get all the necessary support that matches their compelling ambition and can-do attitude. Philanthropy alone cannot address the climate crisis, but we’ve seen how it can punch way above its weight particularly when it places more creative freedom and equity in the hands of highly-skilled people on the ground,” said Christiana Figueres, former Executive Secretary, UN Convention on Climate Change (2010-2016).

Isabel Cavelier Adarve is a Colombian changemaker who envisions an equitable transition towards a clean, just, and regenerative economy and society across Latin America. She understood and harnessed the power of diplomacy in pushing for change in her time as a diplomat representing her country. Now she wants to use that experience to take care of leaders, expanding and deepening their reach to bring climate policies to the top of the political agenda across Latin America.

With the US$3 million Climate Breakthrough Award, she hopes to utilize her artistry to tackle two huge, intertwined ideas: To take care of new, emerging and existing climate leaders in the region—especially local women—who are well-trained, informed and personally restored and equipped to escalate change. And to develop broad yet unique strategies to get civil society more involved in governments’ climate commitments, contributing to the collaborative design of public policies supporting the transition towards a regenerative way of inhabiting our planet.

James Irungu Mwangi wants to flip the script: Africa is no longer a climate change victim—it’s the hero with an undeniable potential to lead the way in carbon removal and climate restoration.

“The current climate dialogue falsely divides into a negotiation about emissions reductions among the world’s largest economies, and a debate about how to compensate or protect poor countries from the worst effects of climate change.This blinds the world to the critical potential that those excluded countries, the majority of which are in Africa, could play in actually tackling the challenge.”

James has spent the last few years delving deeper into the issue and reimagining Africa’s role in the fight to avert climate disaster. Last year, he materialized his vision by launching the Climate Action Platform-Africa (CAP-A) during his tenure as a Yale World Fellow. His US$3 million Climate Breakthrough Award represents the most significant support for this vision to date, but more importantly, an investment in James’ incredible leadership and potential to make an even greater impact.

Vinuta Gopal, Sanjiv Gopal, and Brikesh Singh are three masters of their own crafts, driven by their shared vision of an aligned Indian civil society that is collectively progressing and contributing to India’s net zero commitment.

They have pioneered and elevated their unique brand of generating “collective impact” through strategically connecting, empowering, and catalyzing the broad coalition of actors working closely to support efforts of local governments to reach a bigger purpose. They find this type of approach—collaborative, networked, and unbranded—to be both necessary and effective in India, and will use the US$3 million grant to bolster and scale-up across several states.

“We no longer have the luxury to work in our own silos and bubbles,” they say on how to address an exceptionally challenging problem like the climate crisis. 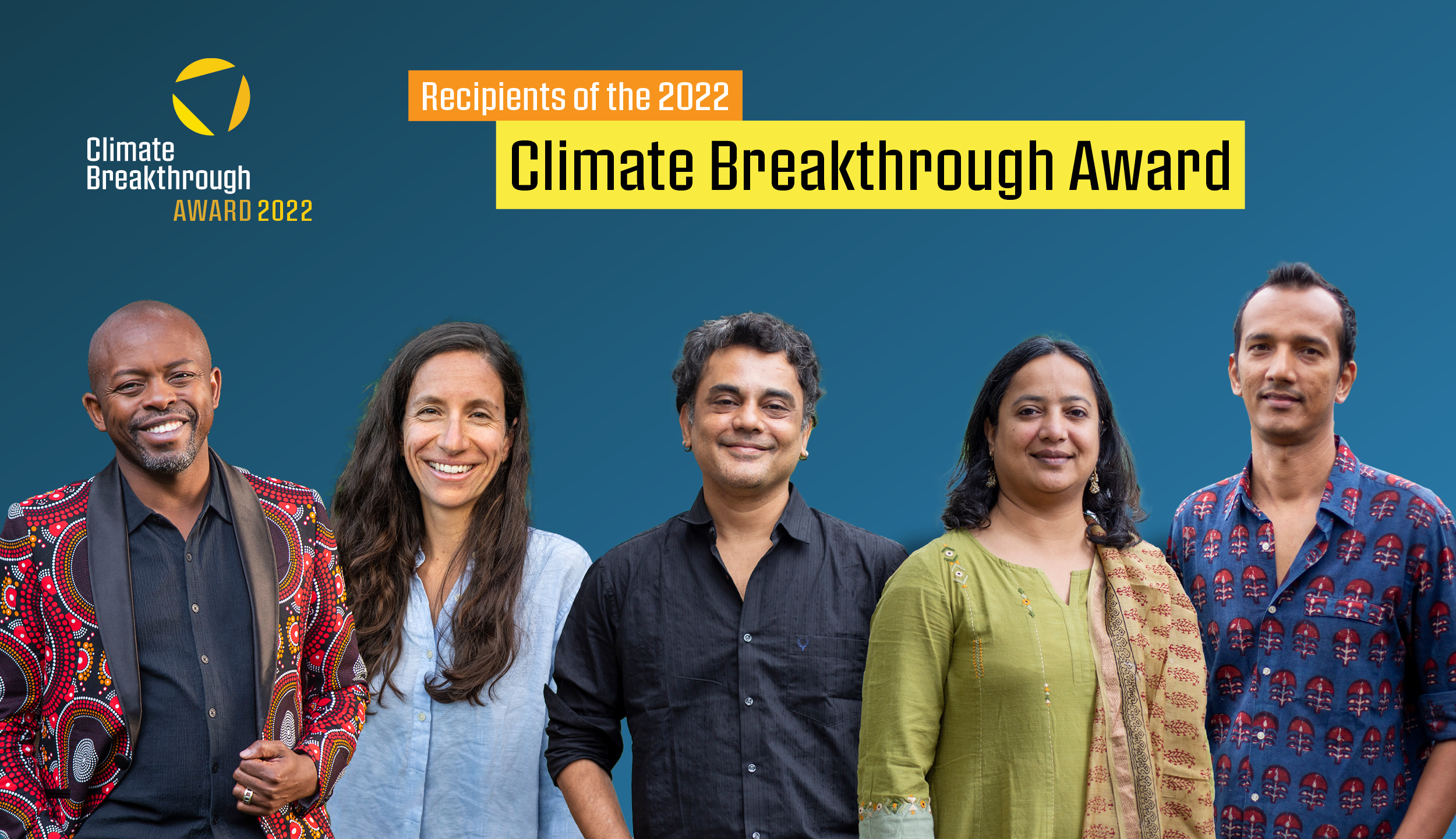 Since 2016, Climate Breakthrough has now given out 17 awards (16 individuals and one team of three) across 13 countries totaling over US$51 million. Recipients use their grants for a wide range of innovative climate mitigation strategies including litigation, forests, challenging fossil fuels, and transforming transportation and utilize a variety of tactics including campaigns, policy, investment, and movement building.

Learn more about all recipients of the Climate Breakthrough Award.

To stay connected with Climate Breakthrough Awardees and their work, subscribe to our newsletter.