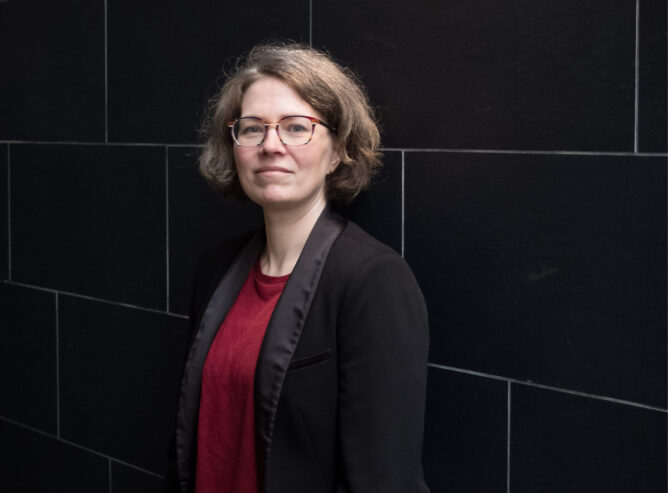 Kathrin Gutmann is an ambitious climate strategist looking to push Europe towards a future that is not only coal-free but completely fossil-free and fully powered by renewable energy, transformed in a just and socially fair way, by putting people, communities, and nature at the center.

Kathrin Gutmann displays the characteristics of an expert strategist and a skillful leader, publicly and behind the scenes. Under her leadership as the Campaign Director at the Europe Beyond Coal Campaign the coalition has spurred the retirement or planned retirement of 166 coal plants and coal exit plans in 21 countries across Europe.

Now, Kathrin aims to apply that invaluable experience in building civil society coalitions to a new challenge: ensuring Europe is fully powered by renewable energy by 2035, leaving behind the age of coal and fossil gas. As European countries phase out coal and the fossil fuel industry racks up more losses, Kathrin believes Europe will need an unprecedented scaling up of renewable energy resources and a complete overhaul of its power systems as a motor to drive wider socio-economic transformation to put an end to the negative health, climate, biodiversity, and social impacts caused by the current way we fuel our societies.

With her Climate Breakthrough Award, Kathrin plans to develop a strategy on how civil society can influence municipalities, policy makers, financial and corporate actors, and citizens to give up on burning fossil fuels and embrace a renewables-based power system, chiefly operated by wind and solar in combination with storage and smart grids. Her theory is that it is possible to transcend what is currently often a very technical, narrow discussion through broad, multi-year public campaigning across all of Europe to create a political, social, and economic environment where leaders are deeply motivated to commit to a total phase out of fossil fuel power in favor of a fast and fair transition to truly sustainable renewable energy.

Such campaigns must be consensus driven and collaborative, rooted on the ground, keeping in mind what truly motivates people to act, notes Kathrin, and she is more than prepared to develop yet another new and uniting vision to bring all stakeholders together for a transition to a renewably-powered Europe.

Kathrin Gutmann is currently the Campaign Director of the Europe Beyond Coal Campaign—a network of NGOs working to move the continent beyond that fossil fuel by 2030. Throughout her decades-long work in climate and energy, Kathrin has lent her strategic expertise to a wide array of successful programs at organizations including the Climate Action Network Europe, WWF, the European Climate Foundation, Greenpeace International, and the environment ministry in her home country of Germany.

Kathrin holds a master’s degree in political science from the Freie Universität Berlin.