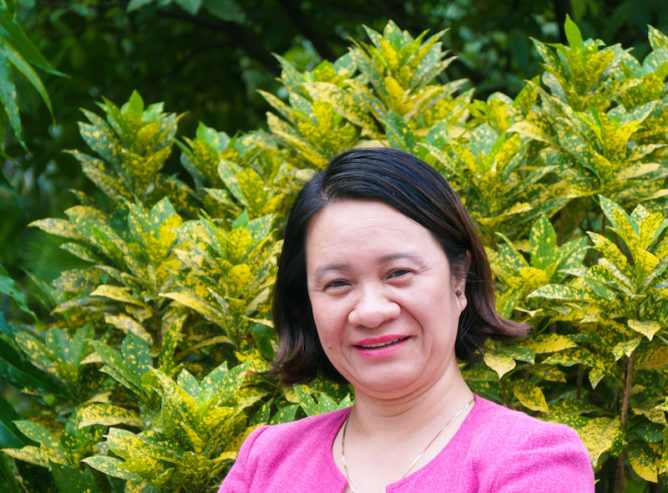 Nguy Thi Khanh is a pioneer leader of Vietnam’s environmental movement and has played an instrumental role in shifting Vietnam from coal and towards renewables and energy efficiency.

Khanh’s breakthrough strategy will focus on accelerating Vietnam’s clean energy economy, safeguarding clean air and water for public health, and sharing lessons with partners in Southeast Asia to usher in a clean energy era for the region.

In 2011 the Vietnamese government published its Power Development Plan for 2011-2020 with outlook to 2030 calling for 75,000 megawatts of coal-fired power by 2030. That same year, Khanh founded the Green Innovation and Development Centre (GreenID) to promote sustainable energy development in Vietnam. Bringing together scientists, experts, media, and civil society, Khanh and GreenID have been able to help key leaders and the public increase their understanding of the health and community risks of coal while highlighting another path forward through clean energy and energy efficiency.

Five years later, the government announced that it intended to incorporate GreenID’s recommendation to plan for renewable energy to provide 21% of Vietnam’s electricity by 2030. It also announced that it would review development plans for all new coal plants and affirmed Vietnam’s commitment to implement international commitments to reducing greenhouse gases. The revised Power Development Plan also significantly reduced the number of coal plants in the development pipeline.

As a Climate Breakthrough Awardee, Khanh will focus her time and energy on developing a campaign to ensure key enabling conditions are put in place to help support the rapid scaling of a clean and just renewable energy industry in Vietnam. Those conditions include enacting supportive policies for renewables and electric vehicles (EVs); building an ecosystem of green financing options; supporting the creation of the human and physical capacity needed to support a thriving clean energy market; and raising awareness among the public and decision-makers that clean energy and energy efficiency can reliably power Vietnam’s growing economy as well as reduce air pollution to safeguard public health.

Khanh is remarkable not only in the scope and scale of her vision, but also in her proven ability to be an incredibly effective leader in a challenging social and political context. Khanh stands out as one of few strong women leaders in the country helping launch a paradigm shift within the power sector—an industry that is often slow and reluctant to change.